Welcome to some more Star Citizen News for the week ending the 6th of May, I’m going to start the news that I typically put out on the weekend with a summary of what’s happened during the week, also for each of these items there is a video on my channel covering the topic in detail.

Newsletter – Week Summary
3.1.4f is on the PTU the 3.1.4 addresses issues with Gravlev, IFCS and ESP. It should go to a LIVE build shortly.
The Monthly Report is out detailing what the studios have been working on for the last few weeks and what they are focused on now.
The Anvil Terrapin is this month’s Ship of the Month for RSI subscribers to fly & for this weekend get a discount on purchasing a MISC Razor if so inclined.
There are still some CitizenCon Tickets available for those of you able to make it to Austin Texas on the 10th of October.
Calling All Devs looked at Hurston, Water, Crusader & Gas Tech.
There was a sneak peek in the newsletter of an Aegis Eclipse soaring over ArcCorp 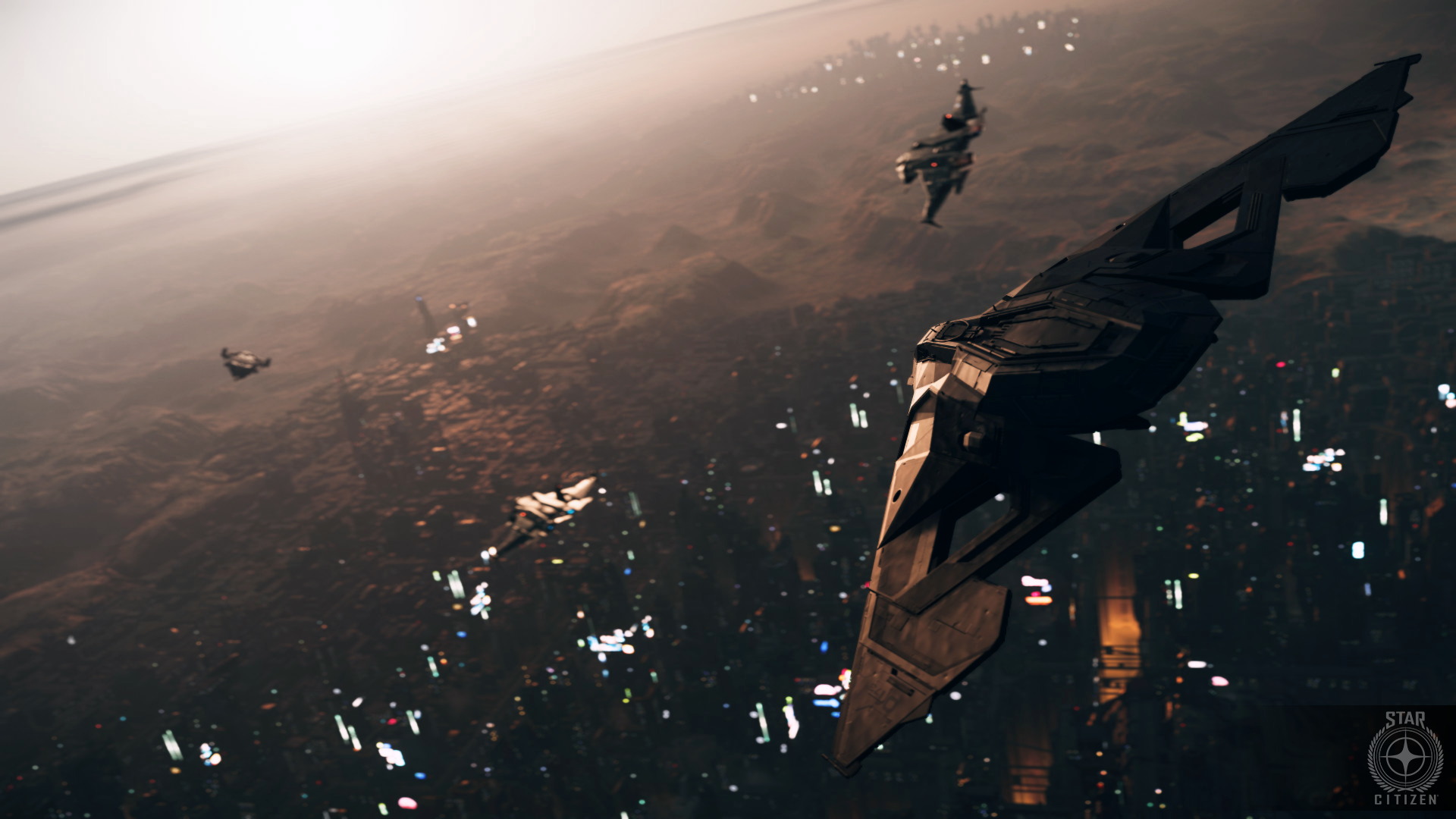 Around The Verse was focused on a UK studio update & a ship shape updating us where some ships were in the pipeline & focusing a bit on the Hurricane Heavy Turret Fighter as well as revealing the Hercules Starlifter and it’s 3 variants.
All of which are able to bring ground vehicles as large as a Nova Tank to ground. The C2 Freighter, the M2 Combat Dropship & A2 Assault Bomber.
The Concept sale for those officially starts on the 11th of May, tho concierge have access now the ship ranges from $300 for the C2, $400 for the M2 and $600 for the A2.
The weeks Reverse The Verse & the Concierge Newsletter was focused on the Hercules.

Roadmap Updates
3.2 (June) has had the addition of Remotely Operated Turrets on Vehicles added, the manned turret version was already on there BUT it looks like multi-crew turret gameplay is now a big focus of 3.2.
The Mustang Rework looks like it has been pushed back to 3.3.