Welcome to some more Star Citizen News, with a quick summary of what happened during the weekending 13th of May 2018 in the world of Star Citizen.

The weekly shows, Calling All Devs had a heavy chat about Flight Mechanics, the IFCS and Gravlev systems.
Around The Verse & Reverse The Verse both looked at the Service Beacon Mechanics in detail, AtV also had a project update where we saw lush forest biomes that are planned for 3.3 in Sept as well.
Here is a link to the latest Newsletter

Hercules on Sale
The Hercules Starlifer is now on sale for everyone not much in the way of new info about the ship with the sale this time. There are 3 variants ranging from $300 – $700, LTI is not included with store credit purchases any longer.
The C2 – Civilian Freight can carry upto 2 tanks and some cargo,
The M2 – Military Transport can carry upto 2 tanks and little or no extra cargo when full of vehicles. The C2 and M2 have 2x S3 turrets with 2xS3s on each AND 2x S4 front facing fixed ballistic cannons.
A2 – Assault Gunship is covered in weapons, in addition to having the same as the C&M2 it also has 2x remote side turrets with 2xS4 ballistic gatlings each, 2x S5 remote side ballistic cannons & 4x S10 bombs.
There is also a short story competition to win a M2 Hercules.

PTU Patch 3.1.4i
Testing Focus: Gravlev function for both bikes.

Other than that bug, Gravlev is in an amazing state in this patch. Bikes work properly for the first time.
There is still a bit of ironing to do I suspect BUT it’s worth trying 3.1.4.
The patch also plans to address IFCS & ESP issues, which is already has to quite a good extent.

Roadmap Update
There hasn’t been any new features added or delayed this week across the Roadmap.
3.2 has seen lots of progress with Legacy Armor, Ship Persistence Improvements have started work and FPS Combat AI has seen a lot of progress too.
3.3 has progress being made on the modular space stations and Object Container Streaming.
3.4 has had the Lobby Refactor seeing some work done to it, this is all part of the new Server Meshing (and a lot more players on each server) tech all planned for this December.

Other
There are around 1100 tickets left for CitizenCon which is this year in the Long Center Austin Texas on the 10th of October.
This week’s sneak peak was of the Kastak Arms Karna FPS Assault Rifle that’s planned for 3.3 in Sept. 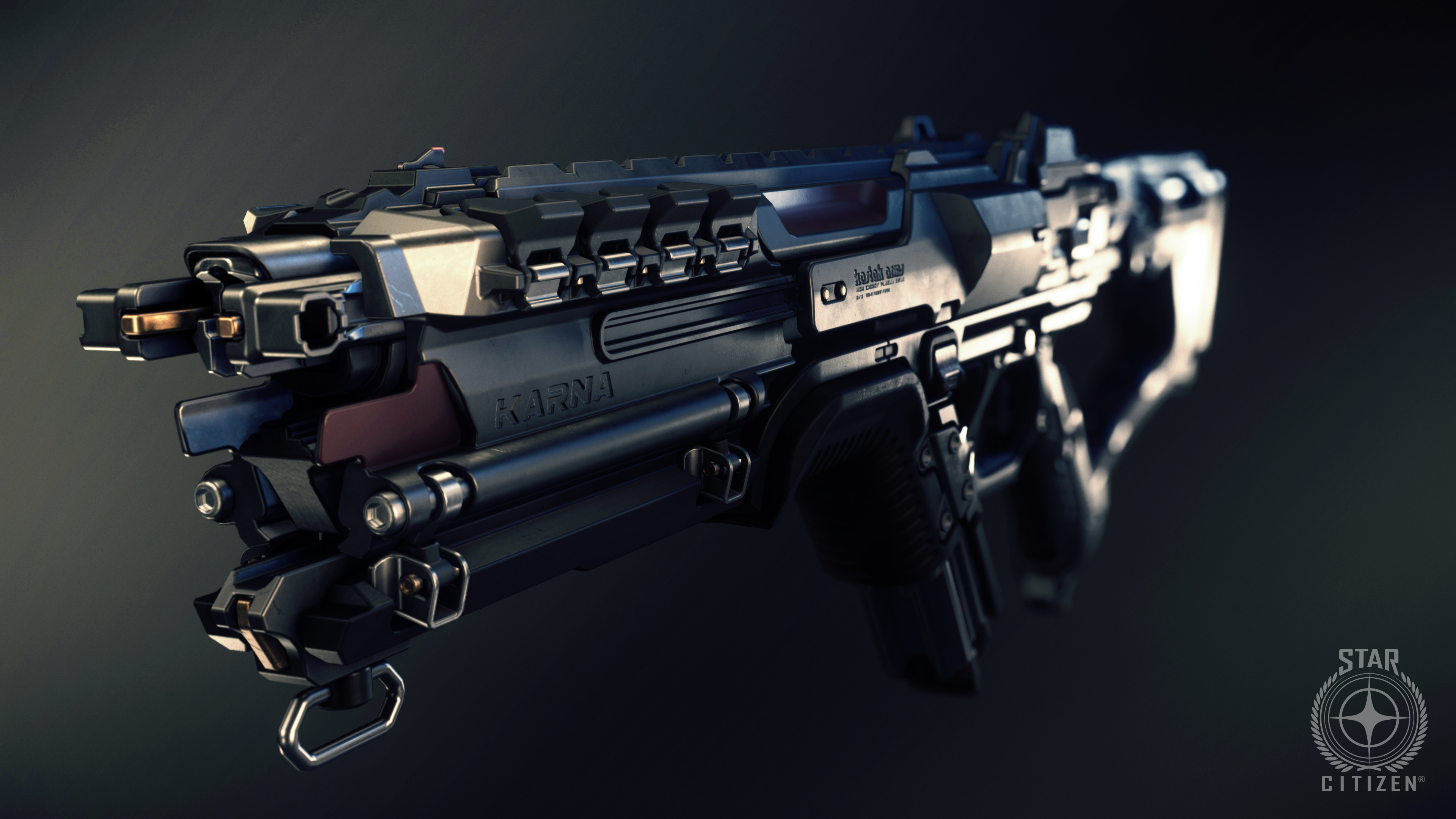 I’ll be getting a summary and more in depth video up about Service Beacons shortly.
I am also going to be Streaming Star Citizen on twitch every Friday at 8pm UTC.
You can watch live at twitch.tv/boredgameruk in at least the short term I might be using just Twitch for streams, as I can run LIVE giveaways much easier and then everyone can be in the same chat as well.
I also recently did a video on Shadow, a cloud gaming PC service that can allow most devices, old PCs, tablets and such to connect to a high powered system. Please check that out if you haven’t yet. Using the Code BOREDGAMER will also give you a discount on the description.