Welcome to some more Star citizen News with a round up of what’s happened throughout the week-ending the 20th May. Links to the Latest RSI Newsletter is here.

3.1.4 was released to LIVE, it’s my favorite patch they have ever released.
It fixes most of the Gravlev, space bike issues, so you can drive those around now on moons. The Core Flight and Combat experience is the best it’s been since 2.6.3 with many fixes to IFCS and ESP. Ships feel heavier in atmosphere too.

Calling All Devs taught us that Cargo & Weight will negatively affect ships performance, Radars will be getting variety and range for 3.2 & The Stretch Goals are in the backlog of work.

Around The Verse gave us an update that was 3.2 and 3.3-centric. New Biomes with Acidic, Savanna & Trash were all shown off which will be joining forest on the moons & planet of Hurston in Sept. There were some updates to the mining mechanic visuals, the modular hangars saw some work. The Vanduul Blade and the update look of the Vanduul ships & weapons was shown off in a lot of glory.

Shopping Kiosks had a feature which was also continued into Reverse The Verse just looking at the functionality for 3.2 which will allow buying and selling of ships/vehicle items & weapons as well as on seperate terminal clothing, FPS gear, weapons & armors.
Unfortunately in that RtV the question about whether 3.2 will have ship purchases with aUEC was not answered, which seeing it was I think the most asked question was a bit annoying. I am hoping that they are answering it in CADs or in a statement next week.

RSI Subs – This month’s item for subs is the Devastator Shotgun with unique skins. 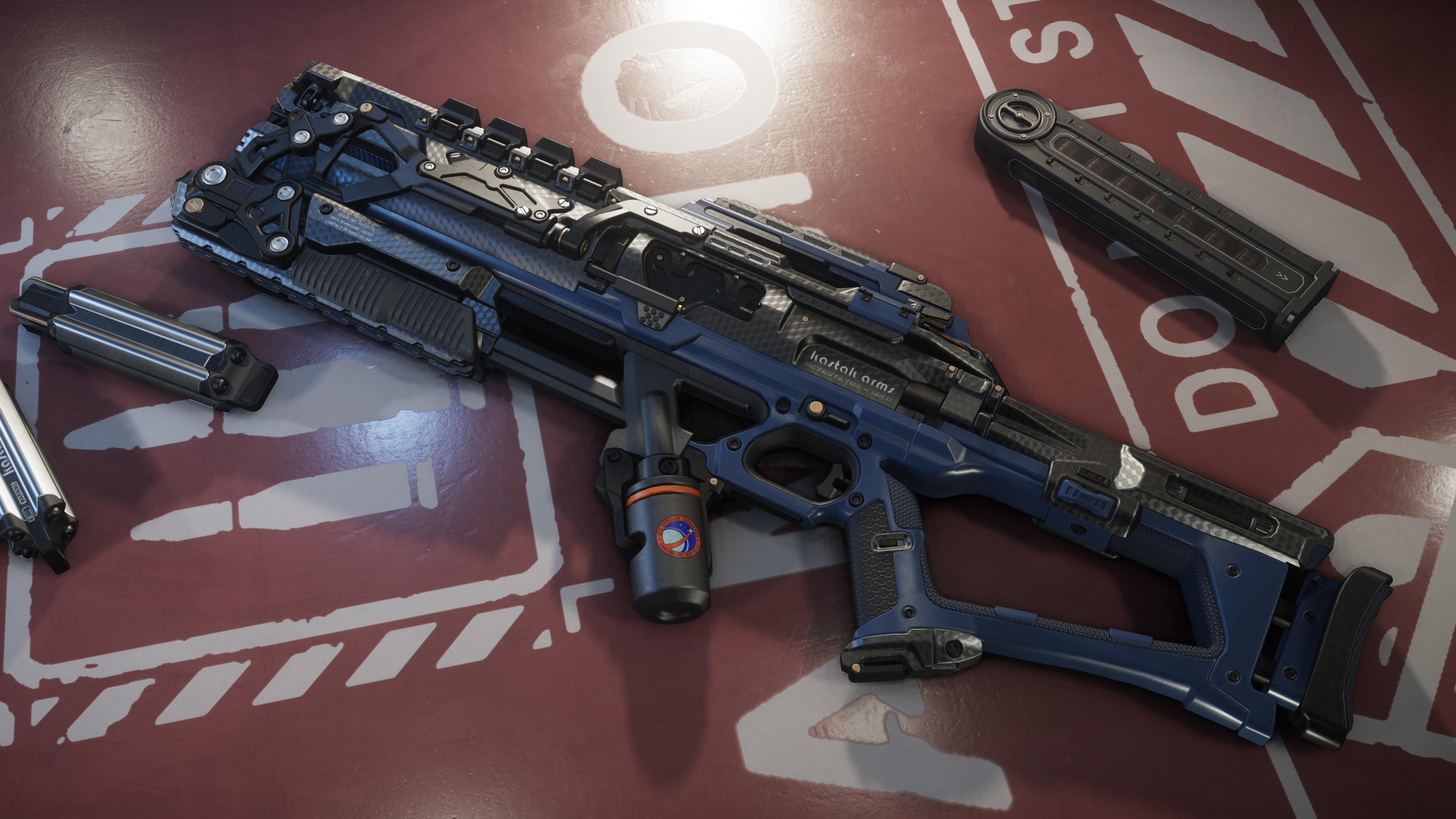 There is a Tutorial Competition with a full on brief the 2 categories AC & SM. There are 3 prizes for each of those & 1st place for each will be featured on the RSI website. I was originally in 2 minds about the competition, with my main issue being, is this the right time for tutorials BUT upon thinking about it a bit more I do like CIG telling the community what its after in forms of guides & content. It means we can get encouragement and direction for the community to help with others accessibility to the game & in the shorter term I do think its a good idea, we just have to keep in mind that it’s Alpha & will likely need new tutorials every 3 months.

Roadmap Updates – 3.2 has had the Remote Operated Turrets feature completed and the rest of the 3.2 features have seen good progress. We should be seeing an Evocati Build of 3.2 within the next 4 weeks as the 3.2 LIVE release is planned for the end of June.
3.3 has seen some progress BUT other than that there is no changes or slipped features to the roadmap this time. It doesn’t look like any more features will slip from 3.2 before it’s release.

The Hercules is still on Sale until June 14th, CCUs are available during for that time too.
The SC support.robertsspaceindustries.com site is a host of FAQ and help information, I recommend that if you want to see how something like the BuyBack Tool or CCUs work you check there first.