Welcome to some more Star Citizen News & Recap for the week ending 17th June with a Roadmap Update, quick summary of CADs, AtV & RtV and the new Concept Sale the Drake Vulture.

This week’s Sneak Peek was of the Procedural Rest Stop Stations that will appear in the Verse in 3.3 in Sept and their neon signage.
There was also a picture on Sandi’s Twitter of some of the strip mined areas on Hurston. 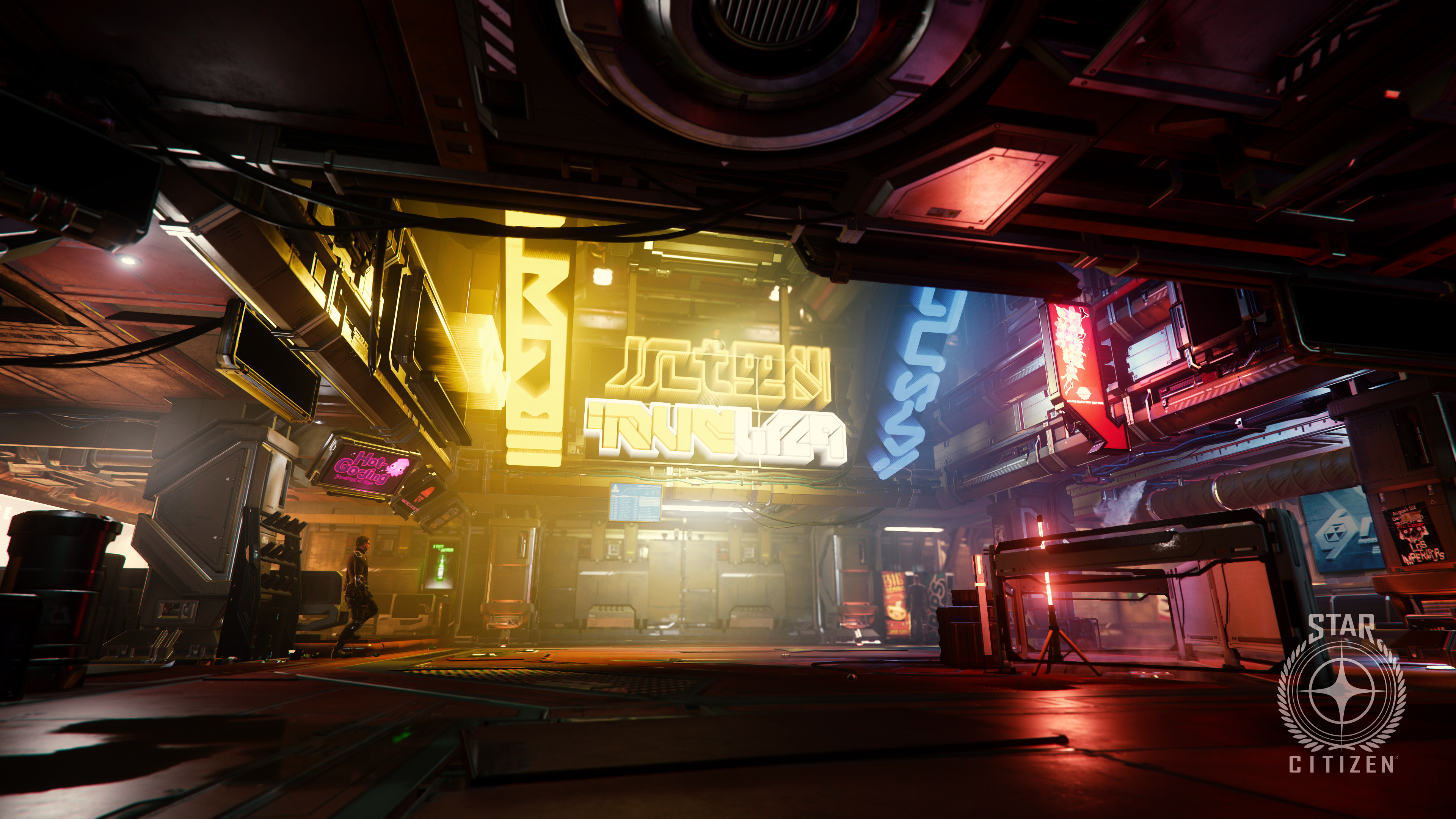 Roadmap Updates
Star Citizen Alpha 3.2 is in the PTU Evocati Phase, this should roll out to a wider PTU by the end of next week most likely. We will then see videos, screenshots and discussion openly about the Patch. The tweaking of pretty much every system for 3.2 is ongoing during this testing phase & could change a bit upto the LIVE release at the end of June.

Calling All Devs – Escape Pods & Agent Smithing
Looked at Escape Pods they need Need Item 2.0, Service Beacons & the ability to ships to have functional detachable pieces and seats BUT don’t sound too far away.
The Reliant Base will be getting Buffs – a Slight Weapon Buff & Cargo Buff
Zero Cargo Ships – Like the Aurora & 300 will have cubby holes for mission items, the 300 rework has a stair case rather than a ladder.
Weather on Hurston or moons is not in 3.3 – BUT it’s in the backlog of things to be completed.
Teleporting to friends won’t be a thing.

Around The Verse – Vulture Views and Weapons 2
In AtV they gave us a PU Update with all the work done on 3.2s mechanics, mining, scanning & 2 weapons the Scalpel Double Barrelled Sniper Rifle & for ships a Distortion Repeater.
The Rest of the show & Reverse The Verse were dedicated to The Drake “Vulture” Reveal & FAQs.

Vulture Concept Sale
The Drake Vulture was revealed as well. A Single Person Salvage ship that requires some EVA work to strip and blow up parts of what you are salvaging for processing for the ship.
It’s a more involved manual process outside of your ship as well as in.
It’s $120 warbond, $140 for store credit, there are a couple of other larger Drake Packages for $550 with one only becoming visible if you’ve completed Pirate Swarm.
The ship is meant to be the starting tier of salvage ships, I’ll get a full vital stats and ship buyers guide up soon.

There was a comparison between the Vulture and an Eve Online Ore Ship the Venture which playfully the EvE twitter said:

“They say that imitation is the sincerest form of flattery
It’s okay, @RobertsSpaceInd – we love you too! “ Which I found pretty funny. I think it looks a lot like a Mule from Star Craft, MCOS Carrier from Privateer well as well as (from Star Citizen) a Dragonfly stuck to a Cutlass.