Welcome to some more Star Citizen News, with a recap of what’s happened during the week, a Roadmap & latest patch update too this time for the weekending 22nd of July.

Alpha 3.2.1 is still on the PTU but should be going LIVE shortly with updates to ESP, Flight Improvements, Changes to Turrets, Kiosks, QoL improvements & a host of other updates.

Roadmap Updates – There has been a bit of progress with 3.3
Network Entity Streaming is now being polished
Small rest stops, The Phoenix & Hammerhead have all made a small amount of progress. As has Asynchronous Background Spawning & Optimization Tasks.
There has been lots of work done on Habitats and Hangars for Hurston too.
As well as it’s moons being fleshed out currently.
And they’ve updated their procedural layout tools.

Ship Updates
The 300 series has officially began it’s rework & is in white box, as is:
The 890J & Banu Merchantman are also in their whitebox phase too.
They’ve began the work of the GreyBox Phase of the Freelancer Variants.
The F8 Lightning, Mustang Rework, Hammerhead, 600i Touring are all in the Final Art Phase.

We had a little sneak peek of the different materials and colors that the Outlaw Armor can have. 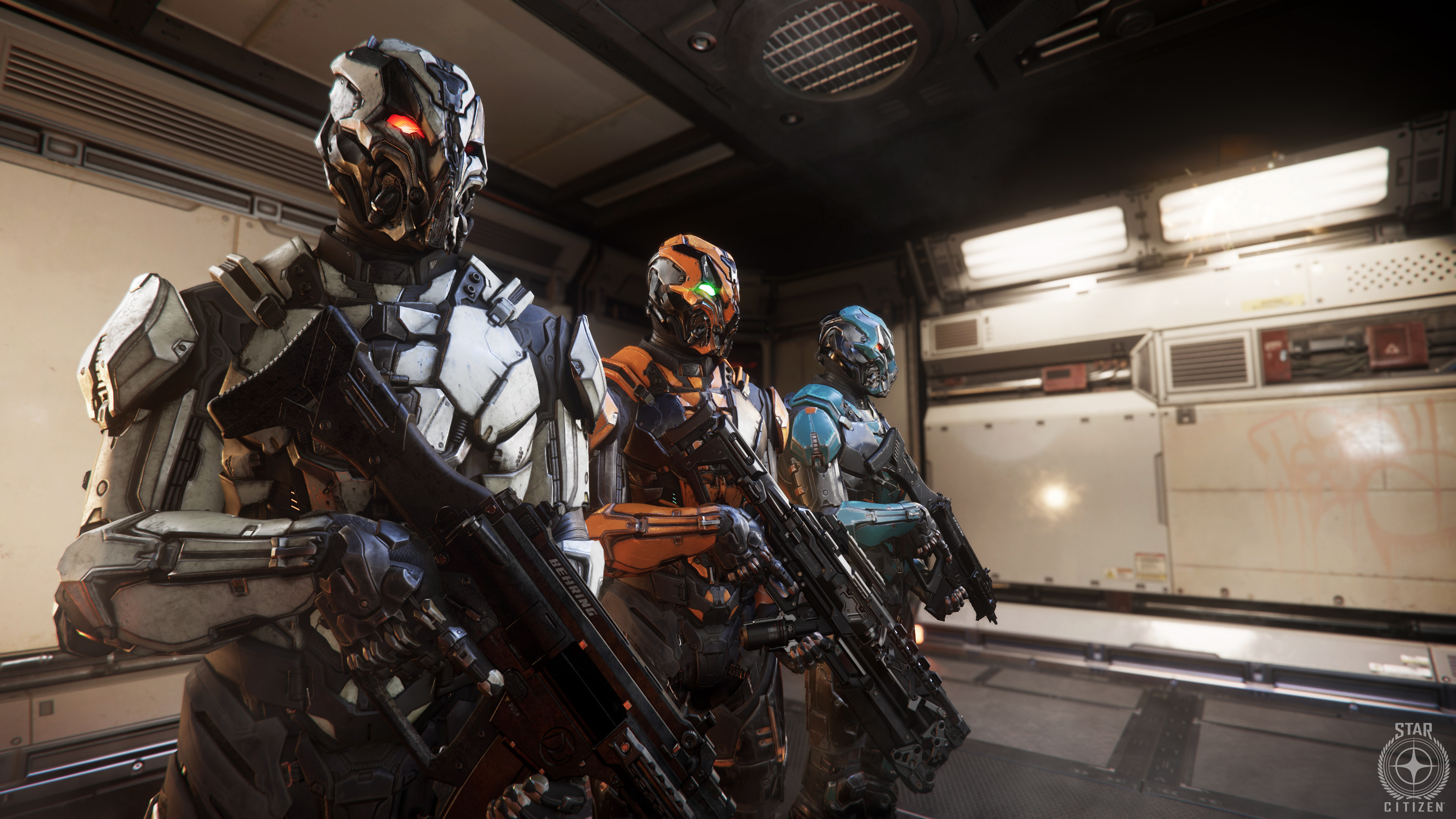 In CaDs we were given a lot of info:

The RSI Apollo, Search and Rescue Medical Ship was unveiled with 2 variants
The Triage which is the standard model.
And the MediVac which has more armor & 2 S3 Missile Racks.
The ship will allow you to serve upto 6 patients
It’s available until the 22nd of August on Concept Sale from $225.
They also have an update to the Medical Gameplay Mechanics that are planned: