Welcome to some more Star Citizen News for the week ending the 16th of September. Going over the Roadmap Updates, 3.3 Evocati, Sneak Peaks, Calling All Devs, Around The Verse, Reverse The Verse and any other SC news.

Roadmap
We should see the 3.3 Alpha Evocati Build Early Next Week (from the 17th Sept onwards)
They are also running 2 Parallel Builds of 3.3 during the evocati & PTU phases, 1 with OCS & 1 without. This will then go out to wider PTU when the major bugs are squashed. And a live release for October 10th.
In regards to 3.3 progress, Network Bind Culling, Environmental Blending Shader, and GameObjectExtension Conversion are all now in the Polishing phase.

Newsletter
This week’s Sneak Peek was more of the Hammerhead’s Engineering Room. 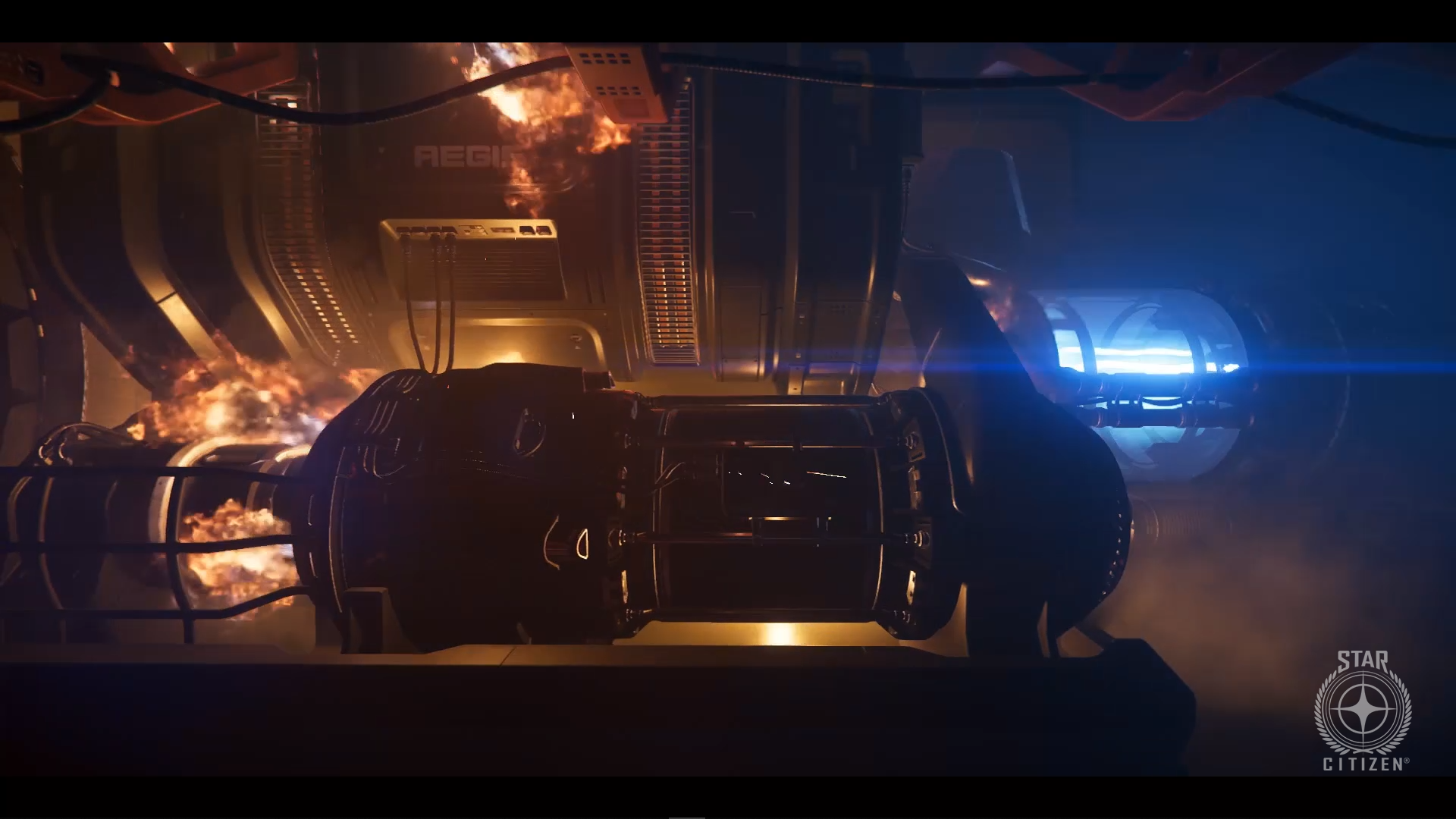 Calling All Devs – A Wilmslow Odyssey
Planet Earth – Requires them to build out some more tech and biomes before they tackle it.
Non-Lethal Weapons – Will be in game BUT they have decided what form they will take for FPS gameplay.
Ground Based Navigation – There will be ways to help you navigate around the Verse and on the ground.
Ship Customization – You’ll be able to paint the exterior of your ship and add some words / names on the sides. Interiors will have some customization with choices of furniture and ways rooms are set up BUT it won’t be entirely freeform. You might be able to choose bed-sheets and pictures too.
Visual Dirt & Functional Wear – will build up over time & use.

Around the Verse – Can You Hear Me Now?
Asteroid Mining is feature complete – Both Asteroids and Rocks now come in various shapes and sizes, more textures, the interiors look different the whole mining system has received tweaks.
Listener Focus – They have a system where when focused on a target you’ll hear what they are saying more clearly and loudly with other sounds being dampened, use it to have a conversation OR eavesdrop.
AI non-combat ships – Are being added to Landing Zones to make them feel more busy, so you’ll have a ship QT in, land, hang around then fly off and QT out. Hopefully this will also allow us to board and pirate these vessels.
FPS Combat AI – The NPCs for missions and combat are getting a updates to sharper turns, guard and patrol behaviors, new idle animations, hit reactions, cover AND search path logic.

The Mercury FAQ came out with specifics of the ship something I’ll highlight here:
The Mercury has no plans for the extended e-war functions or a dedicated Suite BUT A Dedicated E-War suite is not a requirement for data-hacking & that is something the ship will very much be able to do.
The Ship is a hybrid Cargo / Data Runner but you can’t stripe out the computers for more cargo or vice-versa.
The Ship is on sale until the 8th of October from $200.

That’s it for the week’s news:
It’s 3 and a half weeks to CitizenCon and the 1st 3.3 Evocati Build is literally going out any day, remember it is under NDA until it goes to to first wave PTU tho which will be before the 10th of October.