Welcome to some more Star Citizen News & Recap of the weekending the 4th of November. Roadmap updates with 3.3 coming close to LIVE release, summaries of Around The Verse, Reverse the Verse and Calling All Devs as well & more.

The winner of the Mustang Commercial was Mr Hasgaha with help from DamnShame and UthoRiley,  Thread of the other winners.

Roadmap Updates
No Features have been added or removed from the Roadmap this week.

For 3.3 on the Roadmap the main Object Container Streaming Feature has gone into “polishing”, Code Conversion and Background Spawning & Performance Optimization are almost completed.

As 3.3 is currently in the PTU and available to all Backers with a Game Package and currently has a really stable build in the form of 3.3.0 z I suspect we will see a full 3.3 LIVE Build by the 9th of November.

Frame Rates & Stability are significantly better, tho there are certainly edge cases.

FOIP & VOIP are working really well, we have Teach’s Ship Shop which allows us to purchase ships with in game currency, there are issues currently with those ships not being re-claimable on insurance that need to be fixed. There are a few issues with missions, Recco Battaglia is broken so they need to fix her to actually give us missions. There is a lot of little QoL and bugfixes they need to do.

3.4 – Is getting tasks added for Lorville’s Business District, FPS Pings & Scanning work has started & there has been some progress to the Freelancer Variants & Kastak Arms Ravager.

3.5 – has seen work start on the DNA customization system, this will allow for much more character variety and expression.

We are waiting on a big update to the Roadmap as well, they should be adding 3.7 to the mix & in December SQ42 Episode 1 Features needed for completion & potentially 3.8 shown there too taking us to the end of 2019. 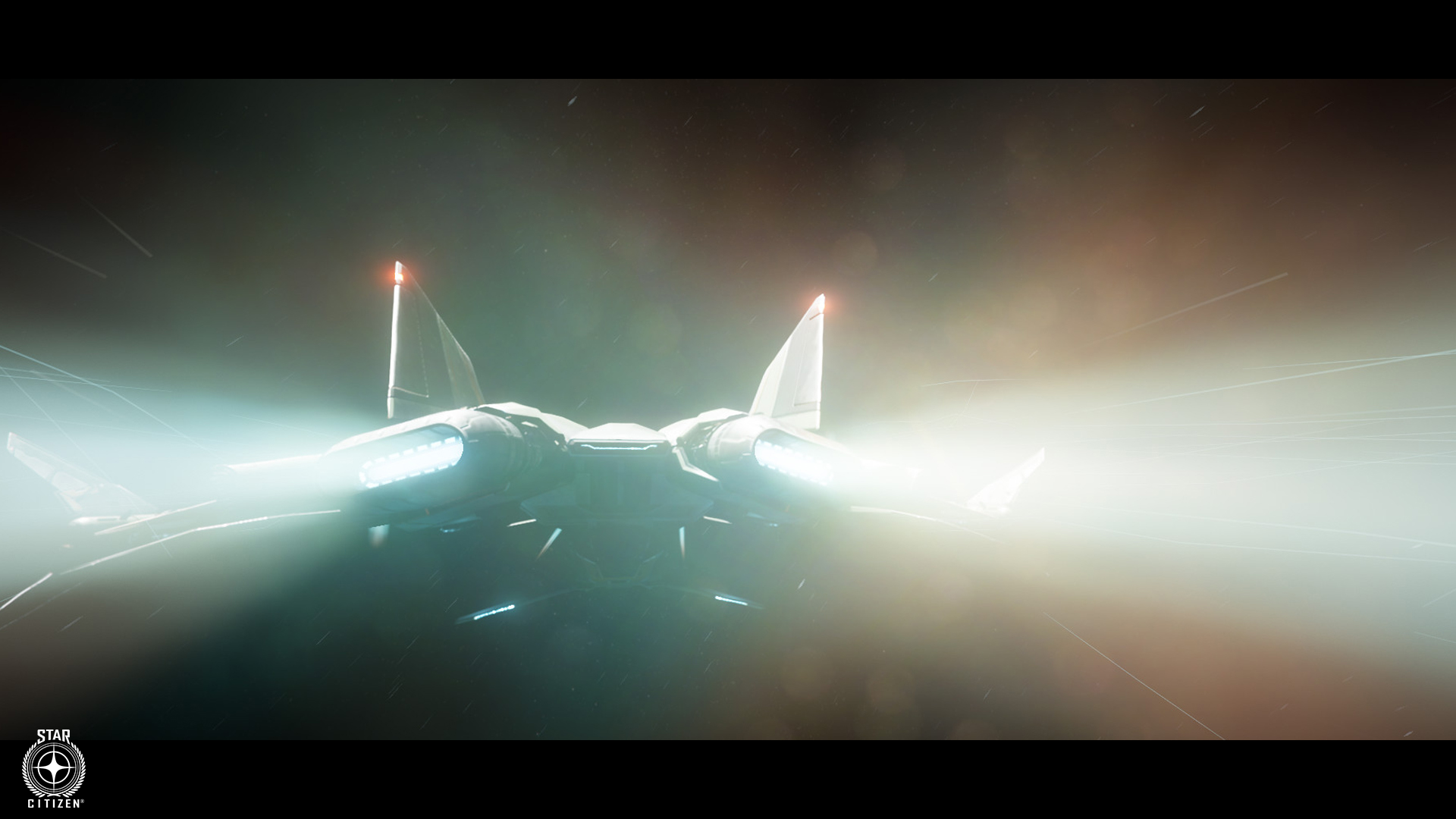 Newsletter & Sneak Peek
The Sneak Peek this week was showing off some of the improvements to Thruster VFX we will see shortly.

They don’t plan to restrict players movement in cities beyond their equipment and stamina.

No Plans for Sleeping Bags or Tents

Cockpit Animations can be retargeted for different cockpits without much work & interaction in Star Citizen will be very tactile.

There is going to be some form of interplay between the Banu Defender and Merchantman.

They are physicalizing all ship components with the Terrapin being the first ship that will have all of it’s systems hooked up & changeable.

They have built a variety of underground facilities for 3.3.5, these will be procedurally generated later. They are working on larger facilities, caves and variation to missions and gameplay area currently.

FPS AI are being improved, they are getting them working in a variety of cover scenarios as well as the NPCs communicating, spreading out and working together. They will be added to Outposts, Derelicts, Inside Ships & more Missions in the future.

Titan Battle/ExoSuits are being worked on. They are a while out & they are not mechs, they are more like power loaders in Aliens.

They can have Robots / Droids if they want from a tech standpoint, lore-wise they don’t have them in game atm, tho a Robo-Race could turn up at some point.

Character & armor damage will show and accumulate over time. Players that have “died” a few times will start to have battle-damage more obvious, think scars & prosthetics.

They are working on better weapon & material impacts too.

All armor and most clothing will have 1 to 1 parity between the male and female characters, tho women might have dresses that could be exclusive to them, basically they could have some exclusive appropriate clothing items between them.

Armor will come in various color OR be dyeable by players, they are deciding on this at the moment.

We may see some variants & customization of character body types in the future BUT not customizable height.

There may be some additional traits that humans living on alien planets for so long have picked up and they might have trait pools to help generate characters based on the Planet they are on.

We will be able to change hairstyles and facial hair in game.

Through November 9th – 16th there is a Star Citizen Community Run fundraising event for Stack Up, they help Veterans from all over the world using the medium of Gaming, from sending games and consoles to troops on the frontlines to organizing local veterans playing games together & even help form mental health groups for veterans with things like PTSD. Go to stackup.donordrive.com for more info. BSI Gameplay
I had an amazing session playing 2 v 2 Hammerheads with some fighter support in the 3.3 PTU around Grim Hex with BSI, I’ll get the footage of that up shortly BUT it was amazing being able to play a sizeable skirmish with multiple corvettes with frame rates… over a single digit! I am planning on getting involved with lots more community events that orgs do & the Daymar Rally.