Welcome to some more Star Citizen News for the week ending the 3rd of February 2019, going over a summary of the weeks goings ons from Roadmap Updates, Around the Verse, Reverse the Verse and any other major news about the project.

Star Citizen Alpha 3.4.3 LIVE is the current PU release with Alpha 3.5 coming at the end of March.

There was a Squadron 42 Roadmap Update
For Q1 2019 – There was a tiny amount of progress on DNA Facial Customization, Vehicle HUD v2 (supporting additional scanning and ping features), Player Carriables v2 (the ability to pick up and interact with more items appropriately) & an FPS Missile Launcher.

Vehicle Scanning v2 is nearly complete – This includes the ability to create false signatures and balancing the distance in which contacts can be detected between pings and scans.

Q2 2019 – Lots of Progress on FPS Combat Weapon Types – This will add the ability for the combat AI to engage the player using a whole arsenal of weaponry, reacting dynamically to both player behavior and the environment, and engaging strategically and realistically.

Vehicle Scanning v3 is apparently completed here now too though v2 from the previous Q1 is not, that could be an error though it’s supposed to be improving the system to deal with echo contacts, and incorporating turrets as scannable objects into the system, so it’s quite possible it’s already been done.

Continued development of the vehicle scanning mechanic, improving the system to deal with echo contacts, and incorporating turrets as scannable objects into the system.

Q3 / Q4 & beyond only saw fractional changes if anything at all, nothing of note.

Next Week we will have a full Star Citizen Roadmap Update that will include Alpha 3.7 & 3.8. 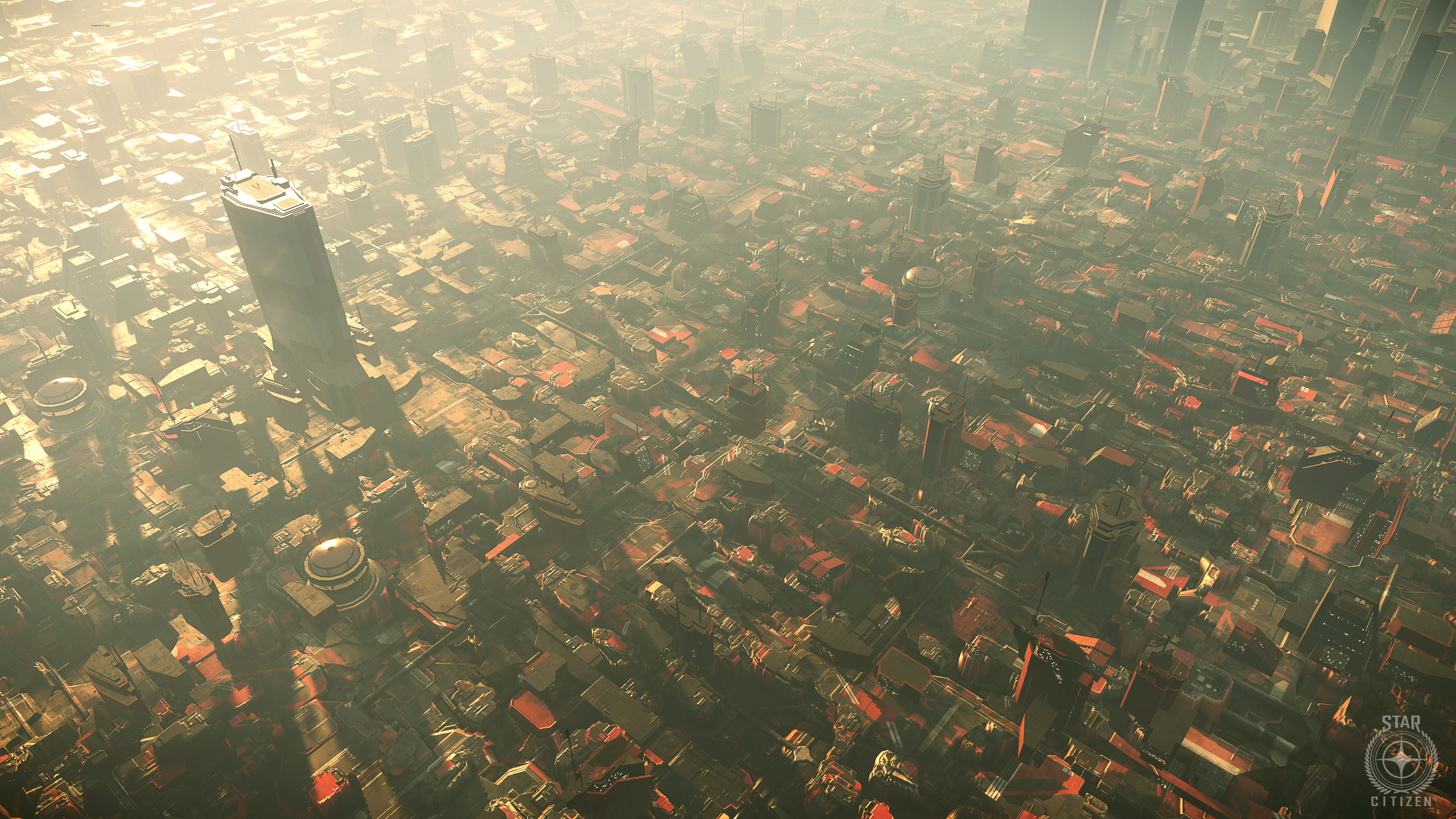 Around the Verse
Thruster effects are being improved for 3.5 and the new flight model, they will show the amount of damage a ship has received to them at a glance.

The 890 Jump is in it’s greybox leading to final art, they showed off some of the latest work on the ship.

ArcCorp suburban and downtown areas were shown off these will be around the main landing zone and area 18. Buildings on the planet will range from close to the ground to 400m to a full kilometer.

The no fly zone is different for ArcCorp too it’s going to be around 350 – 400m high it sounds.

So some of the buildings will be above this and will be landable on.

Reverse the Verse
They are experimenting with converging pips and gimbals for simplified aiming.

They will be adding more planetary locations to Hurston and ArcCorp in the future.

You will be able to fly around all of ArcCorp but there is still a no fly zone there, in the future some of the buildings may be enterable for missions and gameplay purposes.

The whole FPS Experience including ladder interaction is being looked at and improved.

Mission Sharing is coming BUT not in 3.5

The Law and Reputation System might make it into 3.5

Missiles are going to be affected by the new flight model

New ammo types & gadgets are coming soon, this will allow you to change ammo, have no lethal weapons, new grenades and some other useful gadgets.

They are prototyping caves at the moment.

Economy and Trade gameplay will be evolving with refineries and the TDDs with locations providing & wanting different resources.

Player Counts on Servers are not being increased in 3.5

Elevators will use a mixture of being physicalized “real” elevators and teleporting based on what’s sensible for the particular area.

FPS Weapon Attachments with customization for the Under Barrel, Barrel, Sights, Mags should all be in later this year.

Other News
Red Bull Gaming did a video covering the Star Citizen Project with some behind the scenes of CitizenCon 2018 as well. The most notable thing glimpsed from that video for me was a variety of concepts of alien animals.

There was a load of info given out by Josh Coons on the Banu Defender too, he has sorted the visibility issues, they have updated the look of the banu internals since we’ve last seen then too, organic molded with tech, bronzey, blue green metals, it sounds like the hardpoints were changed a bit too and the ship will be highly maneuverable.