Star Citizen, with a Sneak Peek at the Argo SRV Concept PreSale & the Hornet HeartSeeker a special Valentines Day Ship.

The Argo SRV is the Tugship that we have expected for a while but it turns out it was a big version of the Argos.

Designed as a dedicated tugship, the SRV features a custom MaxTraction tractor plate and integrated ArmAssist system. This innovative configuration, coupled with the rugged reliability of Argo engineering, makes the SRV one of the most effective traction vehicles available on the civilian market. 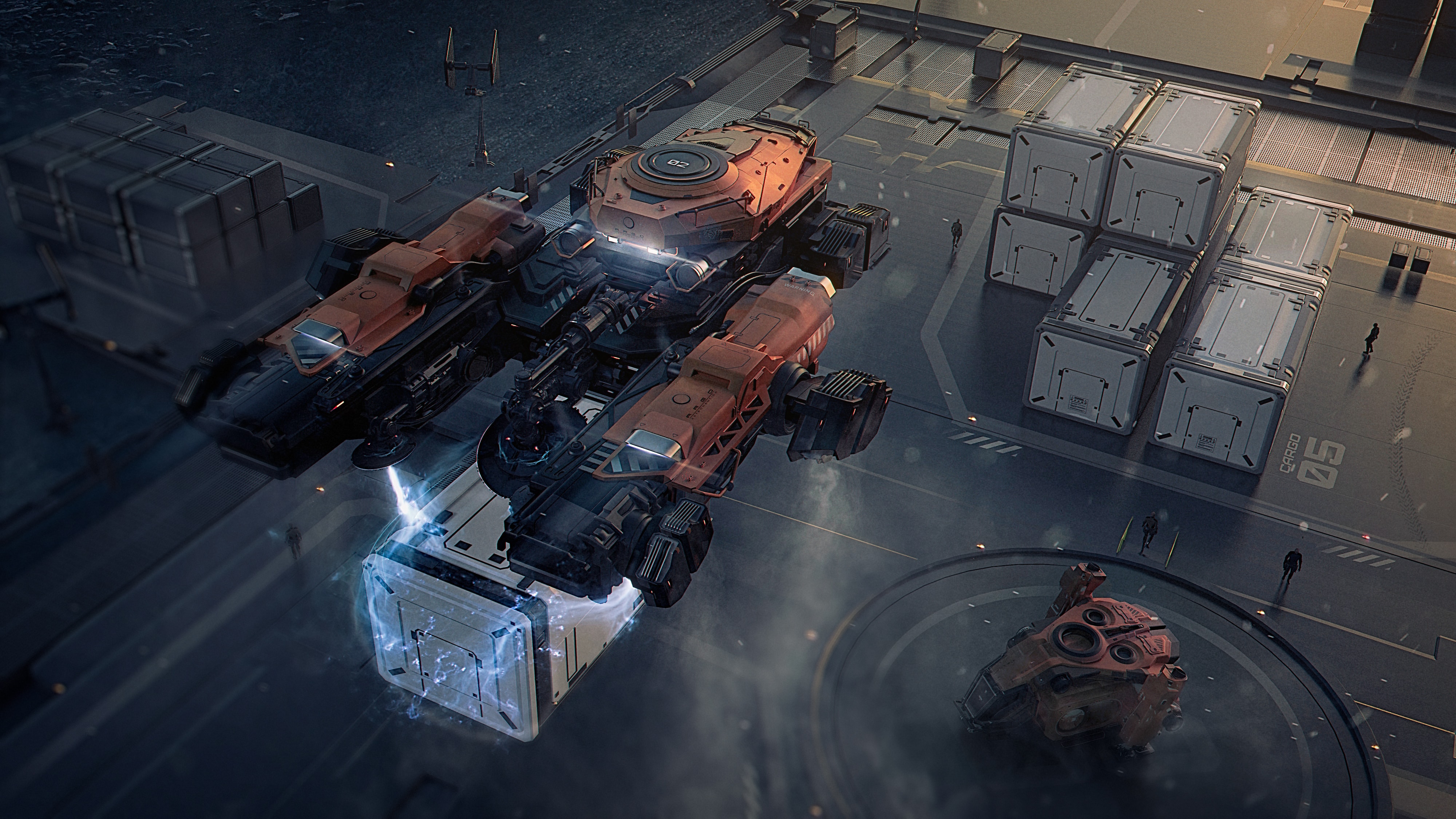 The Ship is available from $130 and will go on Concept Sale to everyone on Friday the 15th February with some more information about the ship.

The SRV will be available in the pledge store until March 4, 2019

There was some other lore for now:

The United Wayfarers Club (UWC) is revered for its vaunted emergency service and ability to repair and refuel ailing ships on the fly. But sometimes, the job’s just too big for that. When a Club member requires major repairs or needs to get the hell out danger as fast as possible, the Argo SRV is the UWC’s go-to ship. Argo Astronautics dedicated tug not only sets new standards for integrated tractor tech, it’s perfectly suited to solo pilots looking to get their hands dirty in the support and rescue field. So what do you say? The Club is always looking for talented jockeys willing to join up. Do you have what it takes? Behind the stick of an SRV, you’ve got a fighting chance. 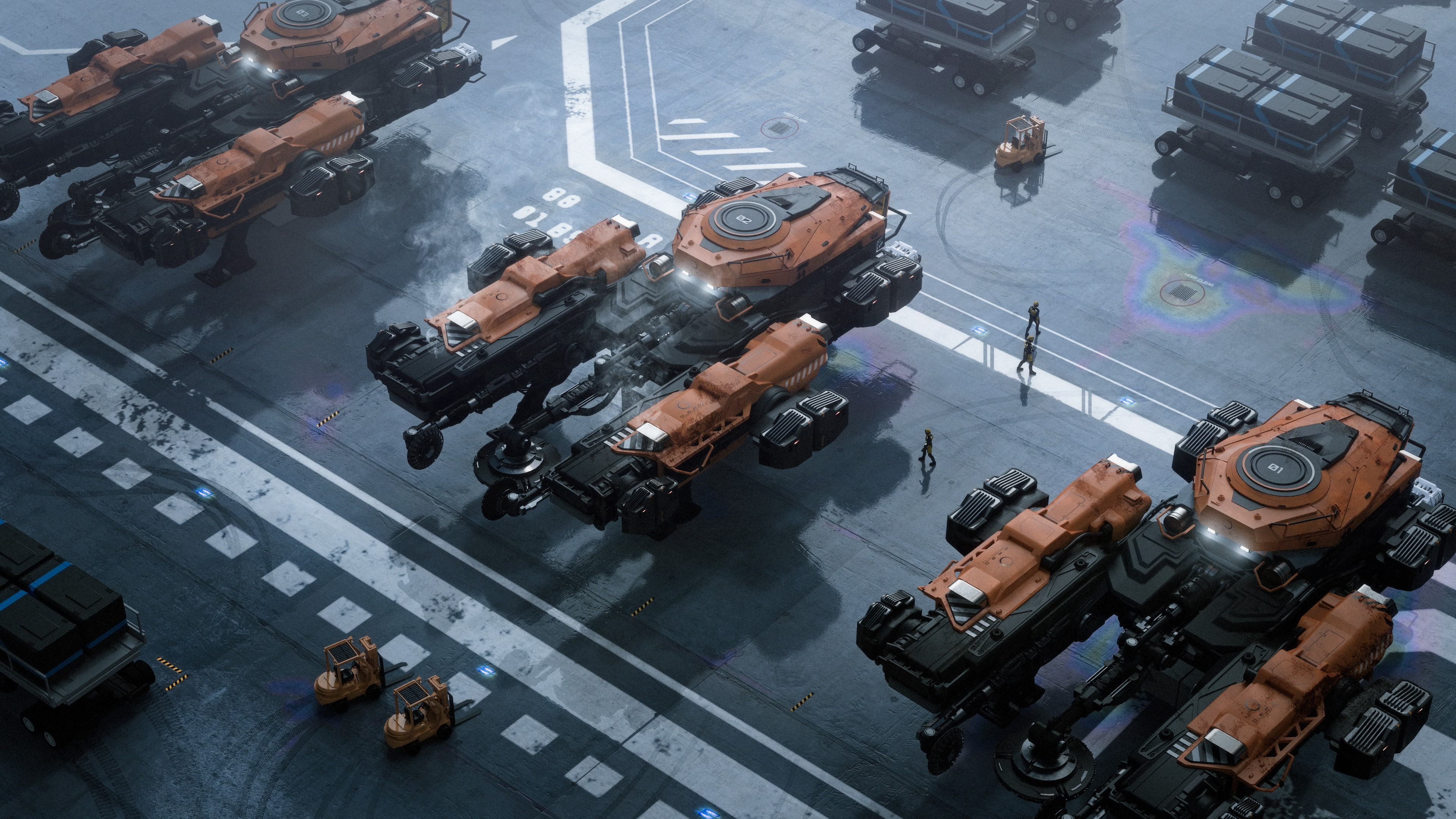 As humanity’s presence in the stars continues to grow, so does the opportunity for disaster. That’s why the UWC is always looking for reliable pilots to provide assistance when and where it’s needed most. That’s where you, and the SRV, come in.

And an Argo Tow Team pack is available too with 4 Argo SRVs LTI and the Industrial Hangar for $495.

The Argo SRV is going to be one of the go to Search and Rescue Vehicles for Service Beacons and similar missions in the future. I suspect it will be very useful helping salvage ships as well.

And as an alternative even to just salvaging ships, with you trying to bring them to somewhere that can repair them.

I suspect that multiple SRVs will be needed or can aide in moving ships as the SRV isn’t that big, maybe a bit smaller than a Cutlass. We will know more about the ship soon.

It’s also likely that this ship will set the gold standard for tractor beam gameplay.

In the media it looks like a tractor bubble forms around the target… I wonder if this will make use of the signed distance field tech. 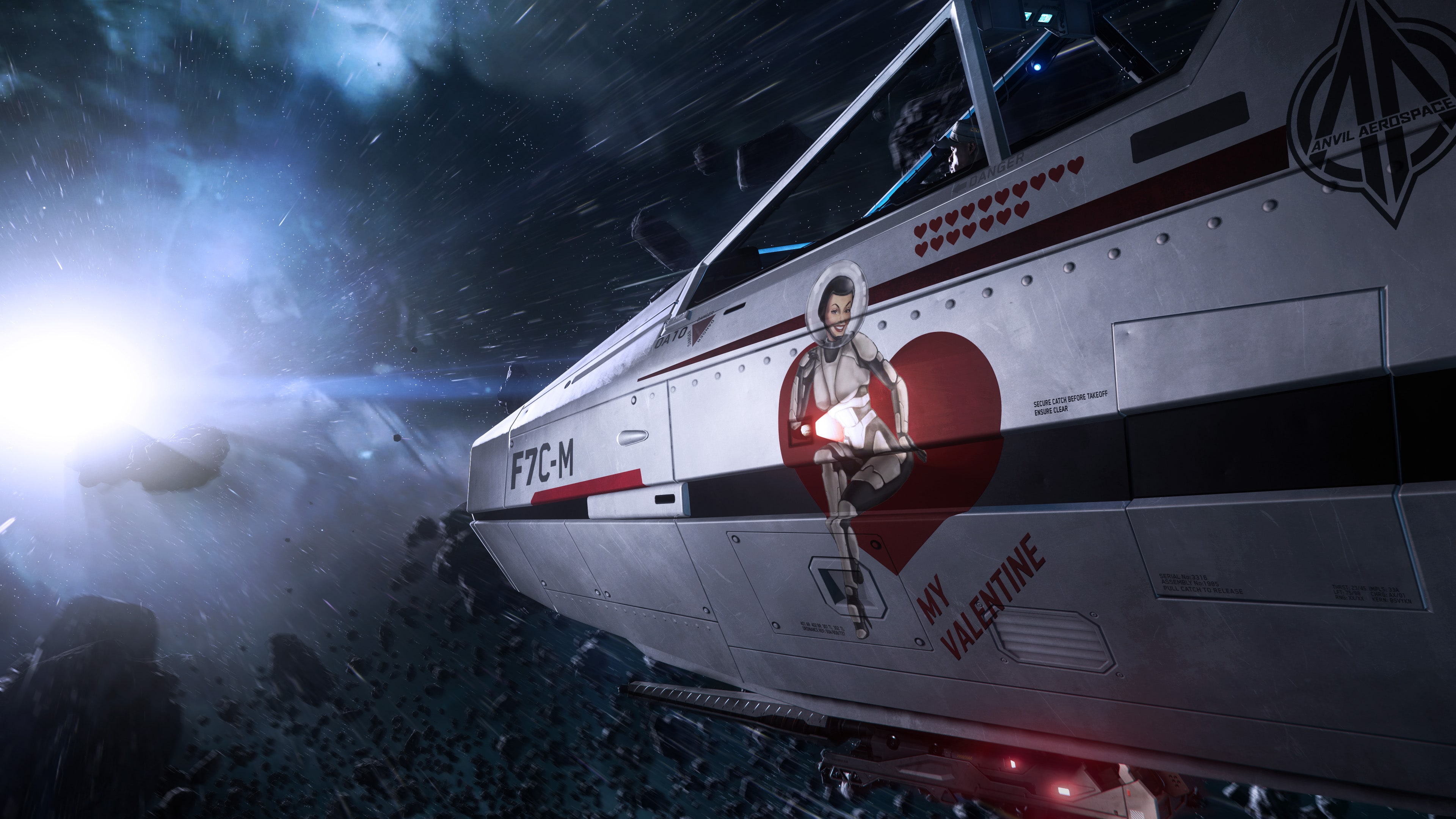 Designed for pilots whose true love is the pulse-pounding thrill of a harrowing dogfight, Anvil’s limited-edition Heartseeker is ‘the one’ for true combat die-hards. Loaded with top-of-the-line near military-spec components and four imposing Behring laser cannons, this fierce eradicator hones the legendary combat proficiency of the Super Hornet to give you the ultimate edge in space combat.

This differs from the Standard F7C-M Super Hornet by having a different skin.

Red Accents with a loverly space lady on a love heart above the words be my valentine on the side of the ship.

It also has an all bering laser cannon loadout with a size 4 M6A & appropriate FIXED mount instead of the ball turret on the top of the ship and 3 size 3s M5As across the wings and nose.

The ship comes with more powerful components as well by default; the changes here being a sunflare competition grade C powerplanet over the Regulus Military C grade though we need to wait until the components are balanced to see if this is an upgrade really at the moment they are basically the same i believe.

A more major change is much better shields 2x forcewall B Grade Military over …. Over the AllStop C Grade of the Standard Super Hornet.

The ships is available as warbond for $175 and $195 if using store credit.

It is available as an upgrade too, so you can CCU another ship to it if you want.

There are also a couple of other things that are on sale as well for Valentines – the Cyclone RC in Cherry Red & the 85x because 2 people can sit in it these are available for $65 & $50 respectively.

It doesn’t state when the Valentine’s day sale items end, once I find out I’ll add it below the video. It doesn’t appear that the skin is available in game yet for the ship, again that might change very shortly.