Welcome to some more Star Citizen today looking at Planet ArcCorp that is planned for Alpha 3.5, landing zones, transit, potentials for longer term, it’s lore, characters and moons too.
StarCitizen.Tools was an awesome source of info for this!

Planet ArcCorp is a habitable Super-Earth city planet otherwise known as Stanton 3 (III).
It is the single most industrialized world in Human space. The world consists of layer after layer of factory; so many that today building additional structures is actually impossible. New facilities are built on top of existing ones. The ArcCorp’s official headquarters is naturally located here, in the massive ArcCorp tower that rises above all other parts of this factory world.Buildings cover a majority of the planet’s surface with residential areas towards the planets  poles while the company’s factories, business headquarters, financial and commercial districts are located in between.

There is a no fly zone on ArcCorp that extends a few 100 meters above ground (which allows for getting closer to the city than at Lorville) & it has buildings that rise above that NFZ, the buildings will be landable on and eventually some of them will be used for missions and be partly explorable.

More sections of ArcCorp’s interior will be explorable at some point but with Alpha 3.5 you’re just getting a Spaceport, Transit System, Area 18 & those landable buildings – you will also be able to fly around the planet too and get amongst those buildings.

When it comes to large cities in game, some of the interior may be explorable, sometimes large sections BUT it is not planned to be the case that interiors of a whole city will be fully generated. They want reasons to be at cities and for the shops, Mission Givers and Social Hubs to be gathering points rather than be endlessly spread out.

As with the rest of the stanton system, ArcCop is subject to the UEE’s Common Law, BUT the UEE does not police the region. Instead, private planetary security teams enforce the local law AND Security is taken very seriously on the surface.

Area 18 is the main social and shopping HUB for 3.5 Alpha on ArcCorp Travelers can find a variety of good from trusted names as well as local providers, if they’re not overwhelmed by the sights and sounds of this landing zone.

It is supposed to have various shops: CenterMass (Selling ship weapons & components), Abernathy Interiors which I from concept art looks like an ikea tho beyond that I don’t have any info on, could be items for customization of ship internals or hangars., flair, things like that, Dumper’s Depot, Casaba Outlet & a range of others too. 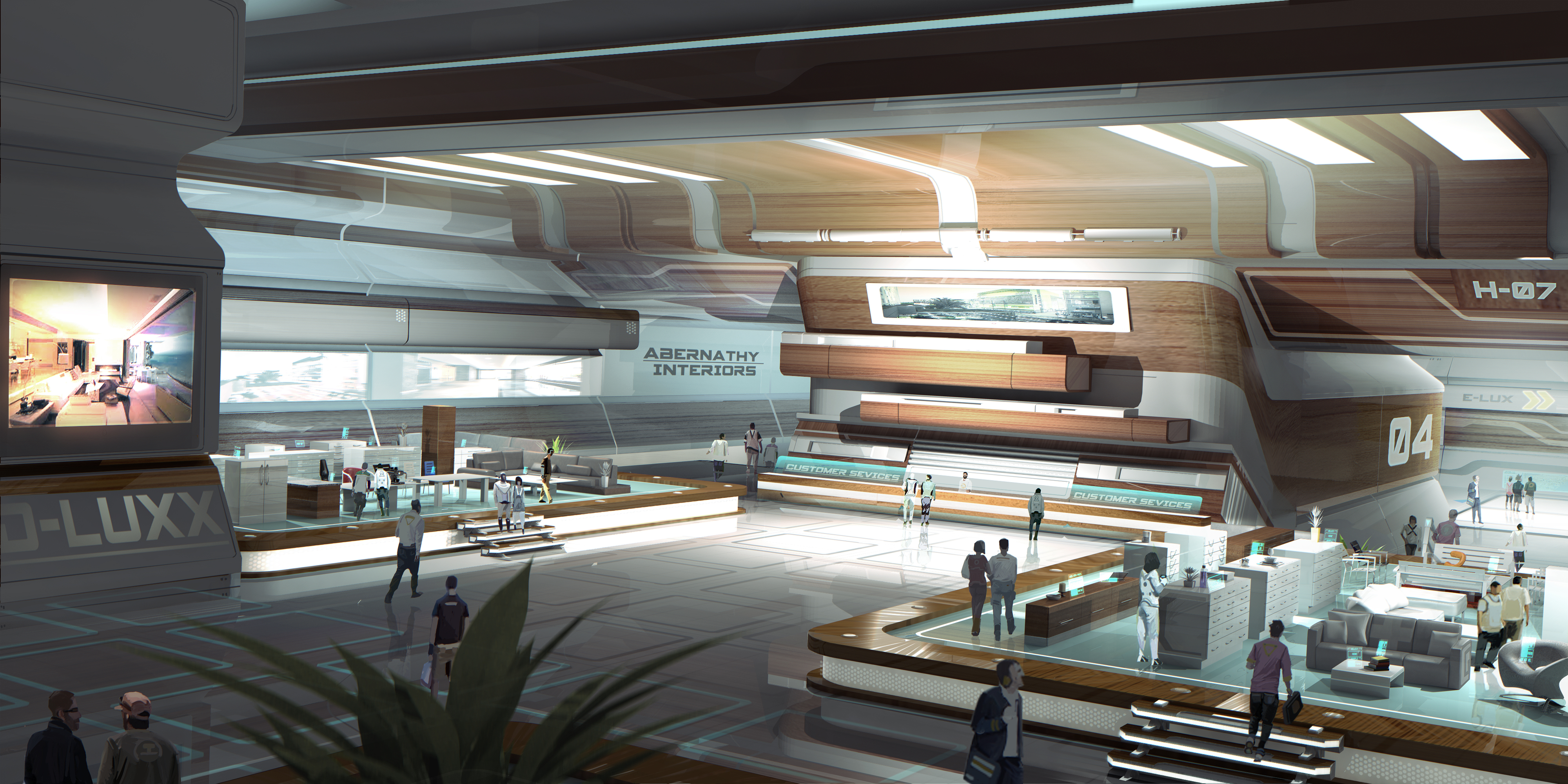 The Company ArcCorp are known for their engines so expect an ArcCorp showcase store like we have in Lorville with Hurston Dynamics at some point.

The Landing Zone where players will land their ships is a SpacePort detached from Area 18.

So you’ll land at a SpacePort then travel to Area 18 via a shuttle bus, this is Area 18s transit system and it will take you across the planets highways where there will be other NPC traffic.

There are some other landing zones explorable areas we may get in the future, we know about Area17 which is Located approximately 25km away from Area18, Area 17 is one of several other potential visitable zones on the planet that we may see in the near future. 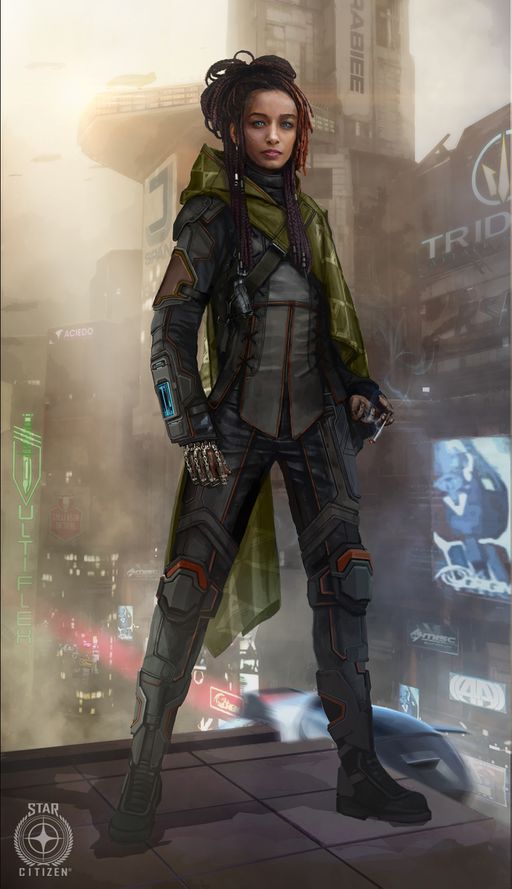 Mission Givers / NPCs
The main confirmed Mission Giver NPC coming with 3.5 is Twitch – Tecia (tea-she-a) Pacheco (Pat-che-kco) – she’s a drug dealer with lots of connections, who resents or has some beef with BlacJac Security.[2]
She may also be  a member of the Otoni Group & in direct competition with Levski’s Wallace Klim.

There is some older info from a Jump Point too stating she is a Criminal Info Agent a merc that suffered nerve damage (hence the name) who lurks around, making deals, introducing people. Fascinated by the connections of People.

There are some other NPCs that have been mentioned that may inhabit ArcCorp. 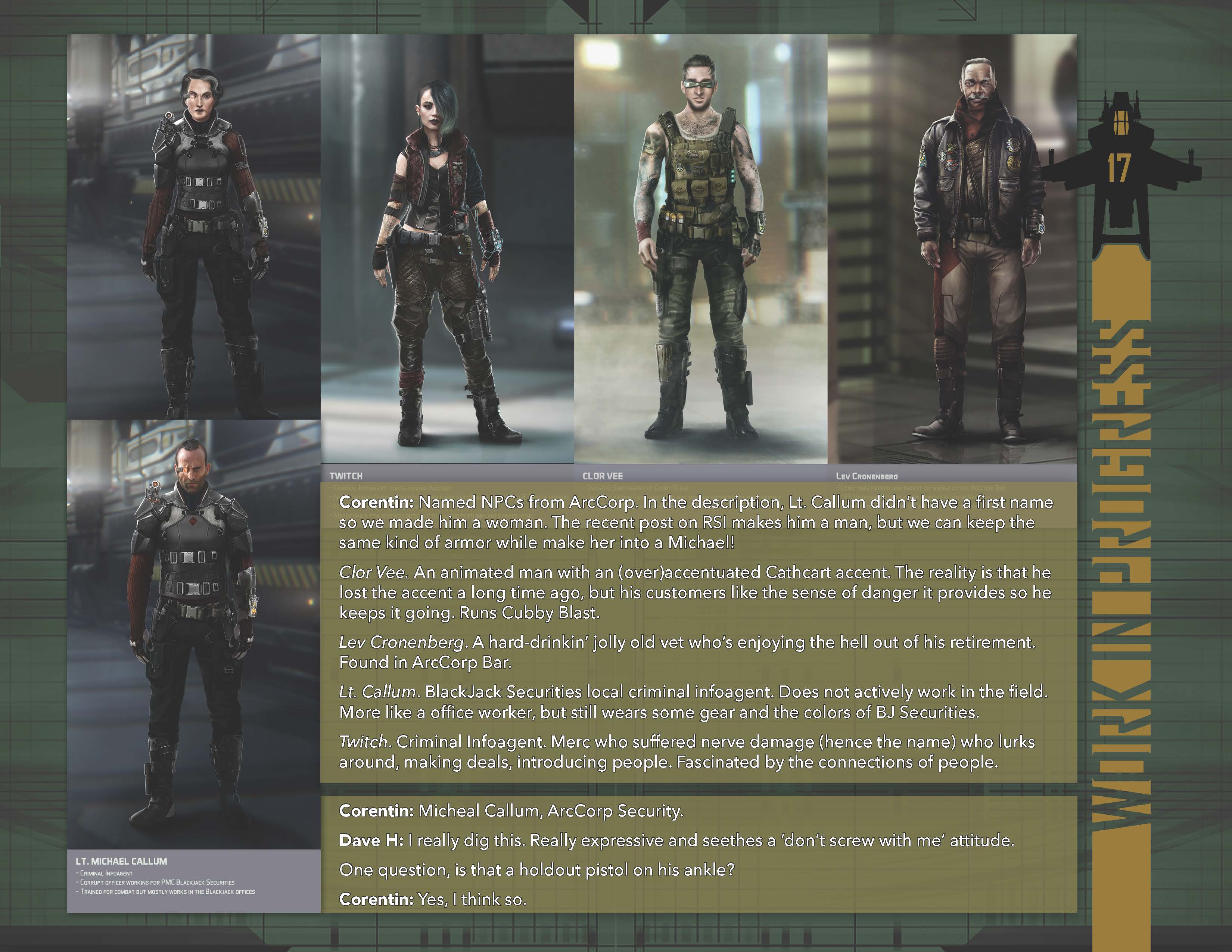 It has a barren surface, but features outcrops of geode-like minerals.

The low density of Wala is particularly susceptible to tidal forces which result in the moon being noticeably prolate.

Both moons are natively uninhabitable BUT will have outposts, mineables, these and the ArcCorp Gameplay area will see new mission variants and the Stanton Systems current mission set will use the new area too.